Choosing server technology is an important part of any businesses’ technology strategy and there are many factors affecting the decision. IT leaders should factor in the business platforms it should be running, will they be frontline applications or backup files, will it be cloud based or on premises, does it need to consolidate an existing server estate, what is the best technology the budget will allow?

What platforms will it be running?

Most businesses today are using the cloud, the Flexera State of the Cloud Report for 2019 found that 94% of businesses surveyed used cloud services, with 91% using public cloud, 72% using private cloud and 69% using at least one public and one private.

For organisations that are considering migrating services to the cloud, or extending onsite data centres to the cloud, even if it is not an immediate plan, servers that have been designed with cloud services in mind will have greater longevity. By taking a cloud-first approach to technology infrastructure development, Oracle has built its cloud solutions using the same SPARC technology that it uses in its servers allowing customers a clear path to the cloud. Customers undecided on when they will move to the cloud can purchase SPARC servers to use on premises, easily moving to cloud services with few migration costs, and without the need to change applications, driving value from today’s investment in the future.

Oracle SPARC has been priced competitively in the enterprise server market, with feature rich hardware at comparatively lower prices than many other vendors. Cost savings can also come from efficiency gains, enabled because SPARC servers perform more business transactions at a faster rate, so customers need less of them, keeping hardware costs and software license costs down.

Performance is critical for servers that will be running enterprise applications and serving mission critical data, and this is another area where Oracle SPARC performs well. Core and processor performance are strong, and specific features like Software in Silicon have been designed to ensure faster enterprise apps.

Oracle has built in security from the group up, with advanced encryption for data at rest, in transit and in storage, with no degradation of performance. Oracle’s Silicon Secured Memory provides 24/7 intrusion protection. In addition, SPARC servers running Oracle Solaris offer protection for applications in memory, access controls, automated patching, and security compliance auditing.

Whatever the business requirement, application or environment, Oracle SPARC is a viable server technology that can meet the needs of a modern business, today and in the future.

Flexera State of the Cloud Report – 2019 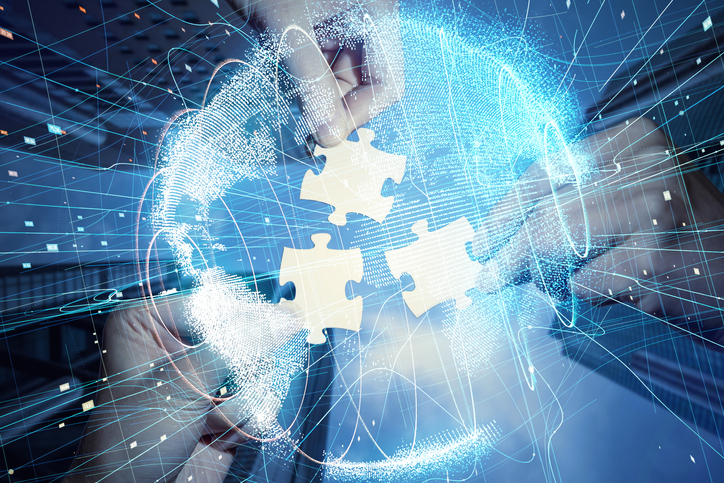 The benefits of server consolidation have been understood for years, with Gartner reporting growing adoption levels as far back as 1998 and virtualisation driving even more consolidation projects in recent years. In a consolidated environment the improved utilisation of servers means that server resources are used more efficiently, performance improves, and hardware requirements are lower, which in turn means lower license costs. It’s a win, win situation.

Oracle approaches server consolidation using three main levels of partitioning technology in its SPARC servers; firstly, to use PDoms, or physical domains, which are electrical hardware partitions. A PDom can be powered up or down and changes can be made to it without affecting others. Hardware or software errors are isolated and domains are administered separately, so the effect of an error or security breach on applications is minimal.

At the next level, PDoms can be split down further using Oracle VM Server (OVM) partitioning, creating full virtual machines that run independent instances of the operating system. Each operating system instance contains dedicated CPU, memory, storage and console devices and can run different versions of Oracle Solaris if they need to.

Finally, the most granular level of virtualisation is Oracle Solaris Zones technology, which allows you to create flexible, lightweight zones within a single OS instance, that can be allocated to multiple different applications and managed centrally.

Oracle SPARC customers can layer OVMs on top of PDoms to create another layer of virtualisation which makes it even easier to run large numbers of different workloads on a small number of servers.

In addition to the flexibility offered by the three main technologies, Oracle Enterprise Manager Ops Centre makes management of the consolidated servers simple and straightforward, bringing them all into a single management console.

Oracle offers customers a very flexible way of approaching server consolidation, with its T8, T7, M8 and M7 SPARC servers, and can meet most consolidation requirements simply by using a greater or lesser level of isolation with PDoms and LDoms. This flexibility can make it difficult to know which configuration to use, but by looking at the workloads that are to be deployed and understanding their service levels, resource utilisation characteristics and security requirements, the technology choice becomes clearer. Test and development environments will require a different configuration to production environments.

Customers should aim for as simple and flexible a configuration as necessary whilst taking into account their own need for isolation. The more PDoms and LDoms there are, the more complex an environment is to manage, but the greater the security and availability. The less PDoms and LDoms, the simpler to manage and more efficiently a server will run, but the risks of a single domain failure could be catastrophic and could lead to a greater risk of downtime.

For advice on a specific server consolidation project it is always best to consult an expert who can help map out the goals and objectives before selecting the right technology for the job. 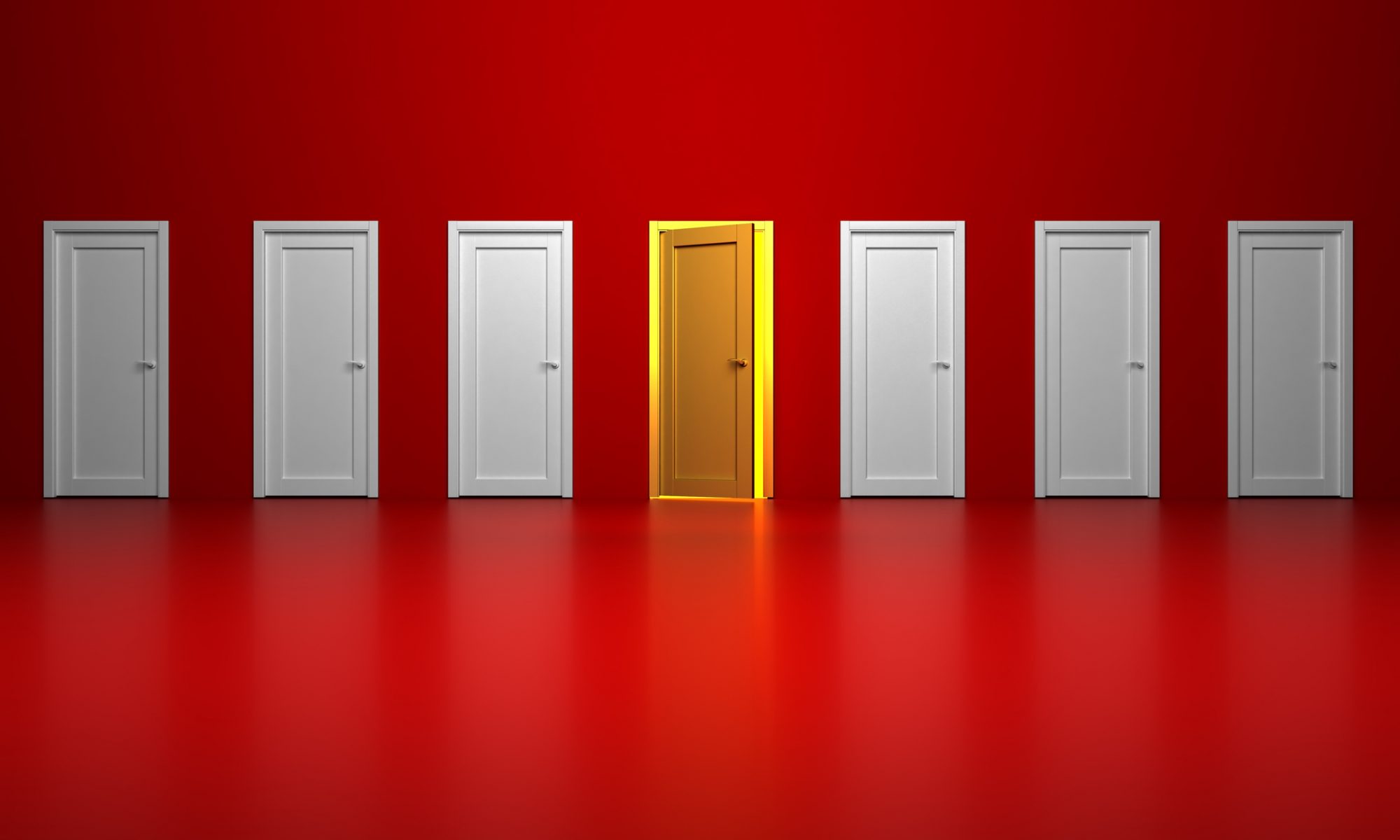 Oracle customers, over 430,000 of them globally according to 2018 figures, are traditionally loyal to the Oracle brand, but when it comes to choosing infrastructure and particularly new server technology, why should customers choose Oracle SPARC over its rival IBM Power? What makes Oracle SPARC the better solution?

Firstly, and importantly the focus and commitment to server technology improvements that IBM has shown in recent years has been waning. Whilst IBM has concentrated its efforts elsewhere Oracle has been continuously developing its server technology to ensure it can offer customers the best servers.

With cybersecurity being of the utmost importance, Oracle has built in advanced encryption for data at rest, in transit and in storage, with no degradation of performance. Oracle’s Silicon Secured Memory provides 24/7 intrusion protection.

Because Oracle SPARC servers perform more business transactions at a faster rate, customers need less of them, which keeps costs and software license complexities down.

Migration to SPARC servers is easy and we will help with migration using Oracle Migration Factory methodology and tools. Our engineers will plan, architect and implement customers’ migration to SPARC according to the specific environment and expectations, but will use standardised automation tools and scripts to migrate sources to the target destination, monitoring and reporting throughout and in real time.

Last year Gartner predicted that “In 2019, hybrid IT will be the standard. Technical professionals focused on cloud must continue to advance cloud-first strategies, embrace multicloud and maintain on-premises environments, with a focus on integration and brokering”.

By taking a cloud-first approach to technology infrastructure development, Oracle has built its cloud solutions using the same SPARC technology that it uses in its servers allowing customers a clear path to the cloud. Unlike IBM Power customers moving to IBM Cloud services, customers using SPARC on premises can easily move to cloud services without migration costs, and without the need to change applications. The same advanced encryption features and same fast performance are present in Oracle cloud solutions, meaning customers can simply extend their SPARC/Solaris environments into the cloud using familiar SPARC/Solaris tools and without buying additional hardware.

For businesses using Oracle databases, applications or middleware and requiring enhanced security and performance at a good price point, SPARC should be a clear contender.